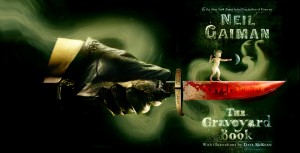 One thought on “The Graveyard Book by Neil Gaiman”