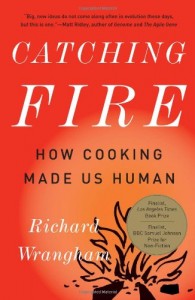 One thought on “Catching Fire by Richard Wrangham”