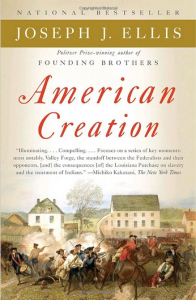 One thought on “American Creation by Joseph J. Ellis”