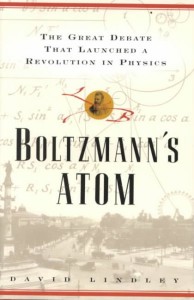 One thought on “Boltzmann’s Atom by David Lindley”