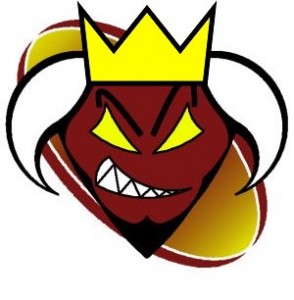 …or, What a difference a yard makes!

The 2010 season of the NFL-Idaho Fantasy Football League ended on Dec 28th with the victory of the Vikings over the Eagles in a snow-delayed prime-time matchup.  While ensuring that the Eagles wouldn’t be higher than the 3 seed in the NFC, it also determined our league champion and, for the second time in league history, Blasphemy is champion of the league (the last time being 2005)!  But, boy, how close it was.

Our league uses three categories to determine the champion.  Every week, we are paired off with another team in the league, and battle head-to-head.  One category is head-to-head wins.  We also tally how well we did each week if we faced all of the other teams, or an overall record for the week and thus an overall wins category.  Finally, we have a total points category.

I pretty much had my head-to-head win in the bag by the time of the Vikings-Eagles game, which also assured me second place in the head-to-head wins category, since first was sealed up by Uberman, and the others who might have caught or passed me lost their head-to-head matchup.  I was in essentially a tie for second for total points, though in the end I ended up third, only 3 points behind second place, held by Juggernaut (there was little chance of catching the first place Villains).

Entering this last week of the season, however, I was second in overall wins to Villains, with Juggernaut in an immediate third.  Villains had a relatively poor showing and dropped a few spots in overall wins.  Juggernaut had a good showing and was ahead of me.  In fact, before the week, he was only one game behind me, and if he finished more than one game ahead, the championship would be his.  As we entered the final game, The 8th Man was sitting right between the Juggernaut and myself, essentially dropping me out of a tie for first place in overall wins and thus costing me the championship.  Juggernaut had gotten so far ahead because Eli Manning had just barely gotten 300 yards — for which we award a bonus — propelling him past me.  Similarly, Brees had done the same for The 8th Man, also pushing him ahead of me.

But, now it was my turn.  My only player in the Vikings-Eagles game was Percy Harvin, who had done very well for me throughout the season, as we treat kick and punt returners well.  But, so far, he wasn’t having a break-out game and hadn’t scored any touchdowns.  Near the end of the game, though, he reached 100 yards receiving — again, a total for which we give a bonus — which pushed me past The 8th Man, just one game behind Juggernaut in overall wins for the week and into a tie for the year, and on to the championship.

This was probably the closest finish we’ve had yet.  And it was, for me anyways, incredibly exciting.  And it all came down to a few yards.  One less yard by Harvin, I lose.  If Brees or Manning had had 2 less yards passing, it wouldn’t have come down to Harvin in the first place.  In some sense, it was entirely random who won, because it was so close.  I was fortunate enough to come out on top this time.  Hopefully that luck continues to next season.