I’ve read a few biographies of ex-presidents, about Washington, Jefferson, Adams, Lincoln — the big ones, the founders and the man that, arguably saved the nation from splitting. Arguably, because one could make a case that Ulysses S. Grant did as much or more to keep the nation together, both as military commander during the Civil War and as the president that, primarily, oversaw Reconstruction and tried to implement the promise of the Emancipation Proclamation and other laws that were passed to eliminate slavery and give rights to black Americans.

Admittedly, I didn’t know much about Grant, beyond the fact that he was a Civil War general, a president, and that he is on the $50 dollar bill. Ron Chernow’s biography of Grant, entitled, simply, Grant, is a wonderful introduction into this man that almost passed through life as an abysmal failure, until the Civil War happened.

As described by Chernow, Grant was the most unassuming man. Never pursuing glory or power or promotion on his own behalf, he still rose to be supreme commander of the Union Army. Before the Civil War, he was a disgraced soldier, having been discharged from the Army for drunkenness. However, the Civil War brought out his strengths, and he shown, being one of the few generals that brought the fight to the South, as Lincoln had constantly admonished his previous generals. Grant wasn’t just fighting a war, he was fighting it to win.

After the war, he became president, not so much because he sought the office, but because he was by far the most famous and well liked American at the time. The terms he gave Lee at Appomattox upon Lee’s surrender were gracious and, while the South certainly didn’t spare any love for Grant, at least they felt he had not made them suffer unduly. This was in an era when candidates didn’t actively campaign for the office, they were nominated at the convention and either accepted or not. Grant accepted his nomination and was elected to two terms, where he primarily oversaw Reconstruction and the fight against the newly formed Ku Klux Klan. He and his administration and generals squashed that incarnation of the KKK. However, it wasn’t enough, and white resentment about the War and the newly enfranchised former slaves led to great violence against those same black Americans, with the goal of making them terrified to vote. The first years after the War saw blacks vote, obtain office, and political power. But, soon, the retaliation of whites led to a dominance of the Democratic party, which was aligned with the previous slave owners.

Grant wasn’t elected to a third term (back then, there was no limit), but was nearly nominated three years later, again on the strength of his fame.

In Chernow’s telling, Grant comes across as an unflappable figure, who never lets his emotions show. He simply does his job, as best as he is able, and, as a soldier and general, he did it better than anyone else. (In other pursuits, he was miserable, such as in business.) Grant let power come to him rather than chase it directly. And power did come, along with responsibilities and headaches. Grant’s one fatal flaw is that he could not see the flaws in his friends, and that weakness led to multiple disappointments and betrayals.

Grant is an excellent biography, possibly one of the best I’ve read, both because of Chernow’s masterful telling and the new-found understanding of what, after reading this book I believe to be, is one of our most underrated presidents. I would now rate Grant as one of the top five, maybe even top three, presidents in my personal list, maybe after Washington and Lincoln (and ahead of my boyhood hero Jefferson).

Maybe one of the reasons that Grant’s story resonates with me is that I see a little bit of my dad in him. My dad was also trusting to a fault, and that led to some of his business woes. He was a generally reserved man, but came alive when around his friends (though, granted, he had a language barrier that Grant did not). He worked hard and let his work speak for itself.

Grant led a life that one can respect and, possibly, even strive for. Not in being a soldier, necessarily, but in how to live life, how to treat others, how to receive praise, how to simply be. Maybe, though, with an added bit of skepticism about the motives of people around you.

I highly recommend this book. This is one I may tap into again in the future. I can’t say enough good things about it. It makes me want to see some of the memorials to Grant, such as Grant’s Tomb in New York City. Next time I’m there! 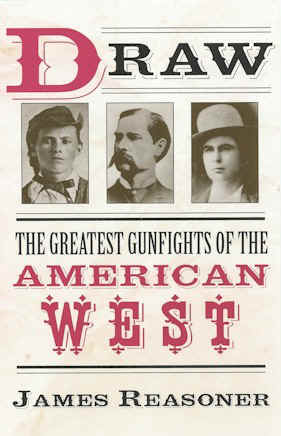