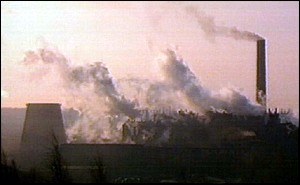 Some might infer from my last Rant that I have something against conservatives, singling them out for my vitriol. Well, while I do tend more toward the Democratic side, I don’t think hypocrisy is the sole purvue of the Republicans.

In a recent issue of Time magazine, Charles Krauthammer writes about Al Gore and his campaign to make the world recognize the dangers of global warming. While I believe that this is an important campaign and that we, the global we, must do something about it, Krauthammer makes a number of good points about Gore’s approach, some of which I’d had issues with myself.

The basic problem with Gore (or as Krauthammer calls him, the Goracle) and his message is that he doesn’t practice what he preaches. His mansion in Tennessee consumes 20 times as much power as the average home in the US. That is, of course, enough to power 20 of Gore’s neighbors (well, probably not Gore’s neighbors, but still). And yet, Gore is “carbon neutral”. He gets this status by purchasing carbon credits, which means that he pays to have some other place reduce their carbon emissions by either reducing their amount of pollution or planting the corresponding number of trees to soak up the equivalent amount of carbon dioxide. Usually, these “other places” are third world countries.

I’ve had issues with the idea of “carbon credits” since I first heard of them. They don’t solve the problem of global warming. If we don’t have caps, carbon credits may lead to more trees being planted in Africa, but it doesn’t stop the construction of new coal burning plants next door to the newly planted trees — the overall carbon emissions don’t necessarily decrease and may just as likely go up. If we do have caps, eventually the rich countries will buy all of the carbon emission rights, leaving none for the poor countries who are then unable to develop their economies. This may seem to be not much of a problem for the rich countries, but it would exacerbate resentment of poor countries towards rich countries and problems like illegal immigration. If the overall goal is to get all of the world’s countries to roughly the same standard of living, carbon credits with caps is definitely not the way to go.

To solve the problems of global warming will take a dramatic shift in how we live. It is impossible, at this time, to imagine our lives without any carbon emissions, and I don’t think I or any sensible person is advocating that. But, it will require that we change how we live.

I don’t claim to have done much in this area myself. I try to do the little things: I carpool to work, removing two cars off the road; my wife Lisa and I bought a relatively fuel-efficient car (a Ford Focus); we don’t have multiple TVs blaring at the same time (though during football season, I do have a second one going to watch the games); we have a high-efficiency washer and dryer. But, these aren’t radical steps.

However, I’m not claiming to be carbon neutral. This is the problem I have with Gore. While I believe in his message, that we need to do something now to solve global warming, I don’t believe in the messenger. When his idea of being carbon neutral isn’t to change how he lives but to buy carbon credits, he loses all credibility with me. And I’m on his side! How does the other side, the ones that are skeptical of global warming, view him and his message?

The average person cannot afford to do what Gore is doing. For Gore, paying for some carbon credits is no big deal as he has the wealth to afford it. So does most of Hollywood, who lavished him with so much praise recently. The average American cannot afford these credits. So, even in the US, eventually you will have the rich who can pollute all they want while the poor are effectively paying for it by having to make the changes in their lives to compensate. And by poor, I mean in a relative sense; the middle class will have to pay.

No one likes a messenger who doesn’t live by his message. How well would Jesus’ message had been received if, while accosting the money lenders in the temple, he was a leader of a crime gang? If the Apostles were out roughing people up in the streets for money? Jesus’ message, Ghandi’s message, Martin Luther King’s message, all gathered strong adherents and admirers because there is a sense that they lived their message. They didn’t just preach their message, they were their message.

If Gore is going to convince the vast majority of Americans that global warming is serious and serious steps need to be made to curtail it, he needs to change the way he lives. Otherwise, he will always be a target for his critics who just write him off as a hypocrit.