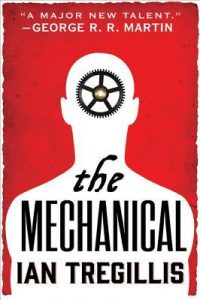 One thought on “The Mechanical by Ian Tregillis”