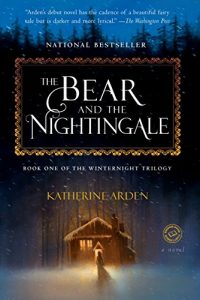 On the way to work yesterday, I heard a story on NPR about India.  They were discussing how there is such a fine line between rich and poor in that country, and were interviewing an Indian man who is very poor.  He and his wife scrape every penny they can from their earnings for tuition for their three year old daughter.  “I pray every day that she can lift her family out of poverty,” he said.

My first reaction was to feel sorry for this little girl who has all of these expectations on her before she even knows anything about the world.  Her family is essentially placing all their hope on her, that she can find success enough for the whole family.  This is common enough throughout the world, and similar stories have played themselves here in the United States.  It’s certainly a large burden placed on her little shoulders.

However, as I thought about it more, I looked at it from the other side.  This man and his wife are doing everything they possibly can to ensure their daughter has a brighter future, a better life than they did.  They work hard to give her the opportunities that they didn’t have.  And, while there is a great burden on her, it is only because her family loves her so much to do all they can to make her life the best that they can possibly make it.  They have a drive and desire to better her life.

And I wondered about the US and how it just doesn’t feel like we have that drive any more.  We are content with what we have.  We have good lives, especially in comparison to this Indian family, but we don’t have the drive to be any better.  My generation is possibly the first in the US that is overall worse off than our parents.  We don’t have the ambition to make something better of ourselves.  We are content to be where we are.

My dad, and my mom’s grandparents, came to this country to better themselves and their lot in life.  They gave up everything they knew, all that was comfortable, to go to a foreign land where they didn’t speak the language, to engage in work that they knew little about, all for the promise of a better life.  And, while my mom and dad didn’t place any undue burdens on me, didn’t push me to be anything more than what I wanted to be, they worked hard to ensure I had the chances to do exactly that, be what I wanted to be.

I look around and I see families that have no desire for a better life, no desire to improve their lot.  Their life was good enough for their parents and their grandparents before them, and it will be good enough for their children.  I think that, to some extent, that’s why education is not as highly valued here as I would hope.  Parents don’t care all that much.

I’m very proud of how hard my parents worked to give me the best chances in life that they could.  And, while that little Indian girl has some very large expectations placed on her, it’s only because her family wants what’s best for her too.  I wish we all had a bit of that drive, a bit of that want to better ourselves, to better our lives.  It is that kind of drive that made the US the great nation that it is and I fear that maybe we’ve lost it.