1922: Jacinto Etxenagusia races against the Franco-Belgian Leon De Nys along the famous 13 kilometer Zarauz-Aia route, the setting for countless numbers of wagers. Etxenagusia had earlier beat Vicente Erro, who had covered the Tolosa-Pamplona-Tolosa course, 125 kilometers, in just over 15 hours. However, De Nys was a professional runner with excellent times on the track in Paris. At 11:30 in the morning, under a relentless sun, Jacinto Etxenagusia sets off. The Belgian follows three minutes and forty-five seconds later. De Nys takes 54 minutes and five seconds to run the 13 kilometres separating the two towns. Etxenagusia drops panting to the wayside. He died two days later after intense suffering. This type of race, between two Korrikalaris for wagers, was common in the Basque Country until the 1970s. 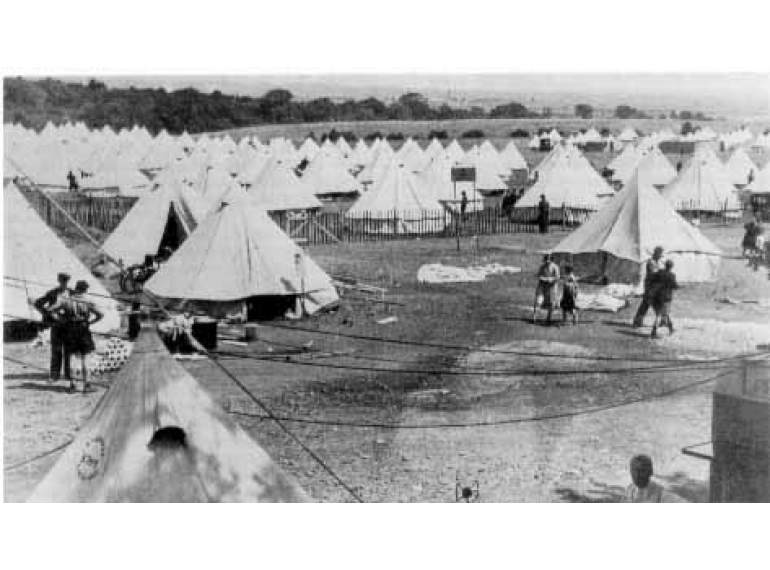 1937: The ship Habana leaves Santurtzi for England with about 4000 children, refugees from the Spanish Civil War. It first stops in Stoneham, with the hope that the children would later be distributed by various reception centers. However, the stay at Stoneham is longer than expected, with the children sheltered in some 250 tents, prepared by the Basque Children’s Committee. They are latter scattered across the whole of Britain.

1998: Josune Bereziartu becomes the first woman to climb an 8c, the Honky Tonky of Araotz, in Onati. Born in Lazkao, Gipuzkoa, in 1972, she is recognized as the best female climber in the world. In 2002, she established a new women’s world record, ascending the Swiss Bain du sang, with a difficulty of 9a. She blogs about her experiences at http://www.climbing.com/exclusive/problog/josune/