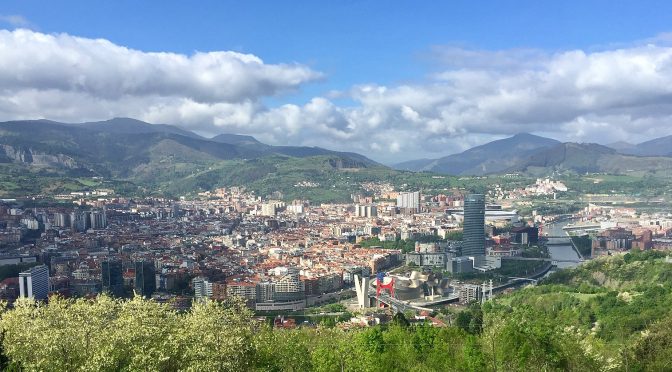 Though my dad grew up in Bizkaia, because I lived in Donostia when I spent my year abroad in the Basque Country, I never really got to know the capital of his home province. Bilbo always seemed a bit foreboding, a bit too big for me to grasp during a day excursion. Of course, I’ve […]

Bilbao, the capital of Bizkaia, was known for its steel. So well known that a type of sword popular in England and America was called a bilbo, after the Basque city. (In Basque, the name of Bilbao is Bilbo…)  In Basque, they were called Labana Bizkaitarrak. These swords were made in Bilbao and exported widely. […]

My first visit to Euskal Herria was a year spent in Donosti, trying to learn Euskara Batua and Spanish.  Since then, however, as my dad’s family lives in Bizkaia, my visits have taken me more to Bilbo. I got a chance to visit both again last week, and both are wonderful cities to visit.  I […]