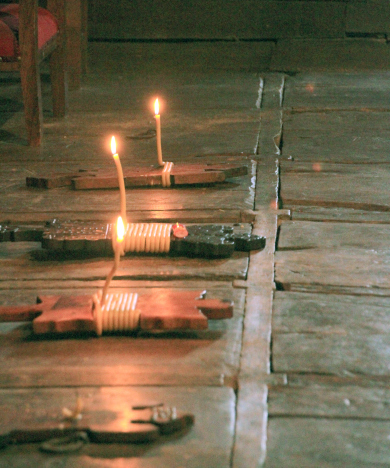 In many parts of the world, it is common to light a candle in remembrance of those who have died. In the Basque Country, this kind of tradition has taken its own special form. The argizaiola, literally translated as candle-board (from argizari — candle or wax and ohol — board), is a wooden board around which a thin wax candle is wrapped. The argizaiola was placed on the family tomb and lit, on all Sundays but particularly on All Saints Day, to give a light to show souls the way and chase away the darkness.

2 thoughts on “Basque Fact of the Week: Argizaiolak, the Basque Funerary Candles”