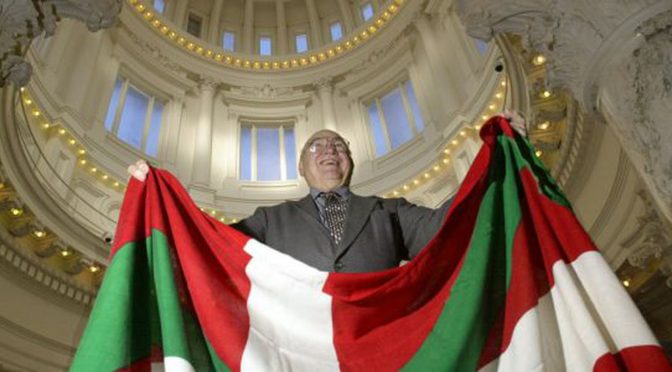 Wherever Basques go, they make their mark, and that is just as true in American politics. In a twenty year run, spanning from 1967 to 1987, Paul Laxalt was Governor of Nevada and served the state as a US Senator. In California, John Garamendi was Lieutenant Governor and currently represents the 3rd district of California in the US House of Representatives. In Idaho, probably the most storied and successful politician of Basque heritage was Pete Cenarrusa.