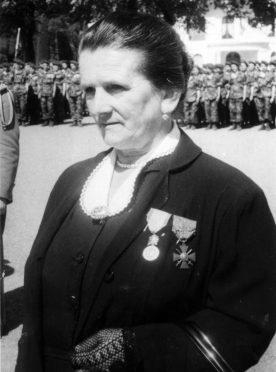 Not long ago, we learned about Florentino Goikoetxea, a mugalari – a smuggler – who helped fugitives cross the French-Spanish border during World War II. Of course, he didn’t act alone. Those fugitives needed a place to stay, and sometimes heal, before they could make the crossing. That was the role of people like Kattalin Agirre. She gave the fugitives a temporary home before they made the trek across the Pyrenees with Florentino. Despite numerous accolades for her efforts, it is surprisingly hard to find much about Kattalin’s life.