Earlier, I posted about the previous BasqueStage contest for young cooks to work with world-renown chefs in the Basque Country.  Well, the 4th edition of the contest has just been decided and two new young men will be joining Chef Berasategui. The following press release gives more details.

May 9, 2012, (SAN SEBASTIÁN, SPAIN): Chef Martín Berasategui has announced the winners of the 2012 4th Sammic Scholarship with BasqueStage.  The winners are Brenden Darby and Luuk Hoffman, and they will join the kitchen of Restaurante Martín Berasategui, ranked in the San Pellegrino World’s Top 100, beginning in July 2012. They were chosen out of over 150 applicants in this, the fourth round of the continually growing BasqueStage program. 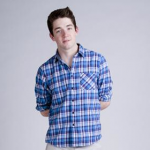 Brenden Darby is a graduate of Johnson & Wales University, where he graduated Dean’s List and Honors Society. He is also completing is WSET (Wine and Spirits Education Trust) Advanced Certificate. He recently spent six months traveling and volunteering in Southeast Asia, and also has varied restaurant experience under his belt. 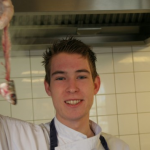 Luuk Hoffman is a young Dutch cook, a graduate of the Hotel School in the Hague and a current student at Sterklas in Amsterdam for an advanced culinary degree. He has worked with an impressive roster of chefs.

BasqueStage is a program that gives cooks the opportunity to learn from some of the best chefs in the world, up close and personal. The Sammic Scholarship is sponsored by Sammic, with the collaboration of Martín Berasategui.

Basque chef Martín Berasategui has earned almost every international culinary award, including 3 Michelin stars for his restaurant in Lasarte. In fact, the high ratio of Michelin stars to population in the area is partially due to his nurturing of other young chefs.

Sammic is one of Europe’s leading designers and manufacturers of Foodservice Equipment, specializing in Food Preparation, Food Preservation, and Hot Temp Ware Washing. Longtime technological partner of chef Martín Berasategui and based only 30 kilometers away from his restaurant, this 50-year-old company has just started operations in the US.