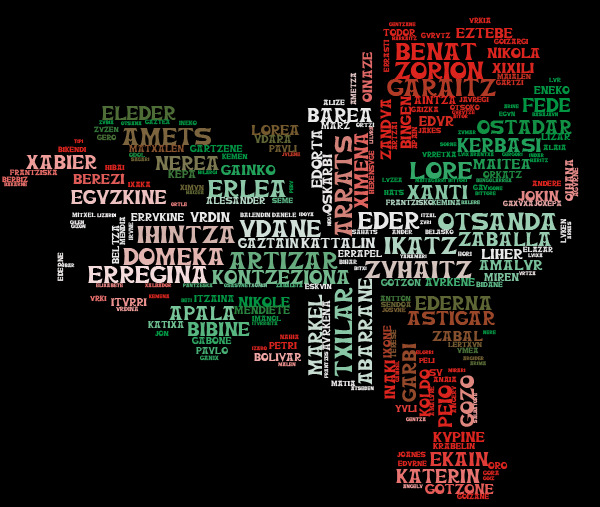 I’ve delved into my genealogy a bit, scouring the priests’ books that document births, deaths, and marriages in each little town. Going back centuries, the names are all too familiar: Pedro, Jose, Domingo, Juan for the men; Josefa, Maria, Manuela, Magdalena for the women. Once in a while, there will be a Bartolome, or an Agustina, but what they all have in common is their Spanish origin. However, if you go to the Basque Country today, you’ll find a much wider variety of names with a much more exotic sound, names like Aritz, Endika, Iratxe, Eneritz, Egoitz. The history of simply naming people in Basque has a long and complicated history.

This Basque Fact of the Week inspired by a question from Ray Baehr. Thanks Ray!

2 thoughts on “Basque Fact of the Week: Basque First Names”