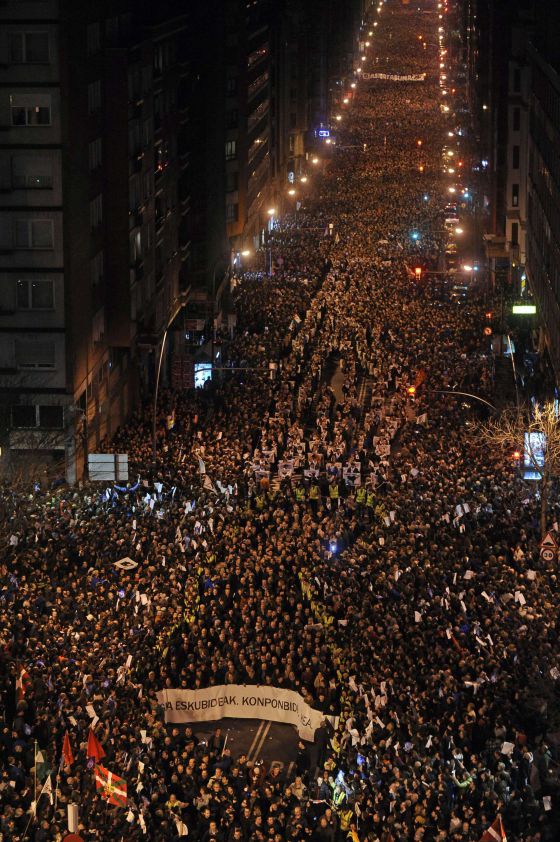 There has been a lot of activity around ETA and related groups in the Basque Country the last few weeks. First, the European Court of Human Rights ordered Spain to release several prisoners (up to 60) who had been jailed for terrorist attacks. This of course caused significant backlash from the families of the victims of those attacks.

Not long after, a Spanish judge banned a planned demonstration in support of jailed members of ETA. An alternative demonstration went forward anyways, supported by both the main nationalist party the Basque Nationalist Party (PNV) and Sortu, the leading leftist party, a rare sign of unity between the parties. The demonstration drew over 100,000 people to the streets of Bilbao. One of the main issues is the relocation of Basque prisoners back to the Basque Country, so that their families are better able to visit them. The demonstration was, naturally, condemned by the Spanish government.

At roughly the same time, the Spanish government launched raids in the Basque Country, arresting and jailing 8 people with suspected ties to ETA.

This is all against a backdrop in which a collective representing Basque prisoners announced that they were dropping certain demands in their negotiations with Madrid, in particular related to a general amnesty.