I’m a man of simple tastes, seemingly from a long line of Uberuagas with similar levels of refinement. My dad would rather make sure he get his dollar’s worth at an all-you-can-eat buffet. And when I took my aunts, who grew up in rural Bizkaia, to the Guggenheim in Bilbao, and I asked them what their favorite thing was in the museum, they said “The frames (on the paintings) were nice.” 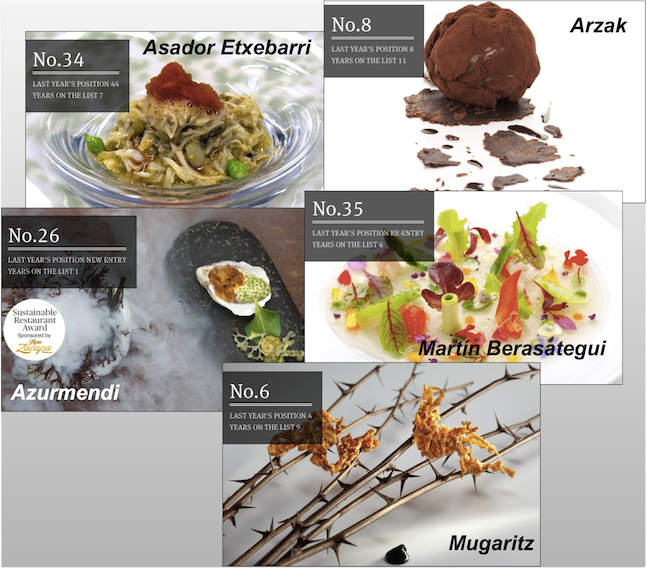 That said, even I can recognize the singular place that food holds in the Basque Country. I easily gain 15 pounds whenever I visit, partially because my family won’t stop shoving full plates of food in front of me every 15 minutes, but also because the food is simply so wonderful.

But there is food, and then there is food, and the Basque County excels at food in a way that few other regions in the world can boast. David Cox alerted me to the fact that Restaurant Magazine just released their 2014 list of the top 50 restaurants in the world, and the Basque Country has 5 restaurants on the list, 3 in Gipuzkoa and 2 in Bizkaia (Real fans, at least you win this one).

I’ve never eaten at any of these places, and don’t know when I will, but it is simply amazing to me that a region of the world that has less than 0.03% of the world’s population can have 10% of the world’s top restaurants.

In case some of you are looking for a gastronomical oasis for your next adventure, the Basque restaurants on the list are:

If anyone has had the pleasure of dining at one of these restaurants, please share your experience!