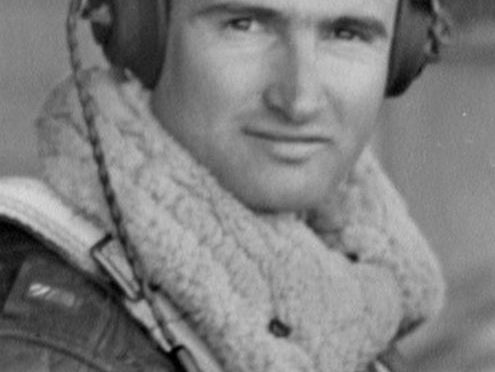 Like many young people of his generation, and like in many cases following in the footsteps of his parents or close relatives, Jean Etchart Chabagno, a young man from Nafarroa Beherea born in the town of Aldude in 1882, began his own life journey in the late 1900s to the United States. There he joined his older brother Mitchel, who had previously emigrated to California. His father, Ferdinand Etchart Iriquy (Aldude, 1826-1905), had arrived in California in 1848 by way of Argentina upon news of the discovery of gold that same year. Ferdinand was among the first Basques to arrive in the United States during those times who, with their achievements, encouraged chain emigration, particularly in relation to the expansion of the sheep industry in the American West, which remained active for more than 100 years and attracted thousands of Basques and Navarrese from both sides of the Pyrenees. Many of these Basques would return after years of hard work and sacrifice, while others would remain in the United States, forming a diaspora that has never forgotten its roots (1) .

Jean (also known as John), his brother Mitchel and his cousin Martin Chabagno moved to Elko, Nevada, and started a successful sheep operation in 1901 with a fourth partner (a local banker) which was based on transhumance and the abundant availability of free pasture land. Following a workplace accident that John suffered in 1909, the company was dissolved in equal parts. John received $20,000, which at the time was a small fortune, considering that his first salary as a sheepherder had been, eight years earlier, $20 a month. John might well have chosen to return permanently to his hometown, but he only did so for a short period of time, returning to the US in 1910. He settled in Saco, 80 miles west of Glasgow, the capital of Valley County in Montana which was founded in 1887 (2). The county — with an area of ​​13,000 square kilometers, rich pastures, and a population not exceeding 140,000 people in 1910 — was the ideal place to establish the type of livestock business that John had in mind. After buying land and a first flock of sheep, he returned to Aldude in 1912 where he married his young love Catherine Urquilux Mococain, born in 1888 in Aldude. They made Valley their first and last home and never returned to Aldude.

John continued to expand his ranch with the acquisition of new land and livestock. By 1920, Rancho Etchart was considered one of the most important in the Valley. Within it grew the five children produced by John and Catherine’s marriage: Ferne (1915-1984), Jean “Gene” (1916-2018), Mitchel “Mitch” (1921-2019), Mark (1924-1992) and Leonard (1928-2015). With Euskera as their mother tongue and the only language spoken at home, the two oldest arrived at school without knowing a word of English. After being reprimanded by the school teacher, their mother decided to teach her children English, gradually forgetting Basque. In a 2017 interview with Gene that took place in Billings, Yellowstone County, conducted by Joseba Etxarri, director of Euskalkultura, and one of the authors of the blog Pedro J. Oiarzabal, the 100-year-old Gene remembered only a few words and individual phrases in Basque that he learned in his childhood. At the time of John’s sudden death on April 17, 1943, Etchart Ranch was roughly 250,000 acres in size and had about 40,000 to 50,000 sheep and a good number of Hereford cattle. John had become one of the most influential ranchers in the American West. Catherine passed away in 1978, at the age of 90, in Billings.

From childhood, the brothers Gene, Mitch and Mark cultivated a true passion for aviation, popularized by the circus shows and high recklessness of the acrobatic aviators of the Roaring 1920s. Despite the initial reluctance of their parents — Catherine’s younger brother Jean Baptiste Urquilux had died in a plane crash in Santa Monica, California, in 1919 — Gene paved the way for his brothers in the world of aviation, which would guide and shape their professional lives, particularly those of Gene and Mitch and their service with the US Air Force during World War II.

After graduating from high school, Gene Etchart received his first flying lessons with his father’s permission, becoming a private pilot in 1938. Gene obtained his first plane, an “Aeronca“, at the age of 20, which was of great use for locating lost cattle, supplying and visiting his father’s scattered sheep camps, and controlling the coyote population. By 1940, he had become Montana’s youngest commercial pilot and instructor, engaging in coyote hunting from the air, a dangerous activity at heights between 50 and 100 feet. At that time, Gene began flying as an instructor for the Civilian Pilot Training Program (CPTP). The CPTP was designed to augment the soldier training program due to the lack of trained military pilots at the time. Before the outbreak of war, Gene owned and operated three CPTP flight schools in Montana. Gene inspired many young people to fly, including his brother Mitch, whom he taught to fly in 1940. By July 1941, Mitch had become a certified flight instructor himself, earning his business license at the age of 19. He worked as a CPTP instructor for a flight company in Belgrade, Montana until the surprise attack on Pearl Harbor.

When the United States went to war, Gene, along with his siblings Mitch and Ferne, went straight away to Oxnard, California. There Ferne Etchart worked on the Air Force base itself, while Gene enlisted in the Army Air Corps in December 1942. Gene continued to train pilots for the Army at the Mira Loma Flight Academy until 1943, when he had to return home to take over the ranch due to his father’s death. Gene was discharged with the rank of lieutenant.

Mitch Etchart went on to instruct aviation cadets performing basic training on the “Stearman” biplanes and later in a second phase of their training with the more complex “Vultee” BT-13 in Lancaster, California. In July 1943, Mitch was commissioned as a second lieutenant, flight supervisor, and control pilot in the Army Air Corps in Oxnard. In June 1944 he began his training as a fighter pilot, flying the P-39 and P-40, and received training as a gunner in the AT-6 “Texan“. Shortly before the war ended, he transitioned to the P-51 fighter, but did not fly in combat operations. The US had detonated the first atomic bomb, and the end of the war was imminent. He returned to the family ranch in September 1945 and remained in the Air Force Reserve, 9418th Fighter Squadron at Glasgow Base, Montana, for 20 years until his retirement as Lieutenant Colonel (3).

In Gene’s absence, Mark Etchart took over his brother’s flight school in Miles City, Montana, until his return in 1943. Mark became a pilot in 1942 and eventually obtained a commercial pilot’s license and instructor qualification. Despite his devotion to airplanes, Mark was not recruited by the Air Force but by the Navy, at the end of the war, graduating in 1946. Like his father John, and his brothers Gene and Mitch, Mark also became involved in agricultural and livestock policy and public land and water management issues, at Valley County, state and national levels. Although Mark’s father tried unsuccessfully to win a seat in the state legislature, it would be Mark who would become a state senator for Valley County for five terms, between 1975 and 1985. Previously, he had been a member of the Montana House of Representatives, serving between 1961 to 1969. He also became president of the Montana Pilots Association. Mark passed away in 1992 and the Etchart Ranch was sold in 1993.

Gene, Mitch and Mark continued to make their dream of flying come true for the rest of their lives, both for pleasure and business, flying being quite effective for managing their extensive ranches. Gene maintained his flight status until 2010, at almost 95 years old, pioneering the use of planes in ranch work. He kept his flight license active for 72 years, one of the oldest in the country. Mitch stopped flying in 2009 at the age of 88. He had over 10,000 flight hours and was a certified flight instructor with more than 69 years of experience. In 2001, the Montana Pilots Association awarded Mitch the Senior Pilot of the Year Award and his name was inscribed on the Wall of Honor at the Smithsonian’s National Air and Space Museum. In 2004 Mitch received the Wright Brothers “Master Pilot” Award. Gene passed away on May 3, 2018 at the age of 101 in Billings. He was probably the oldest Basque World War II veteran. Mitch passed away on August 13, 2019 in Glasgow, two days after his 98th birthday.

2 thoughts on “Fighting Basques: A Passion for flying — The Etcharts of Montana in World War II”