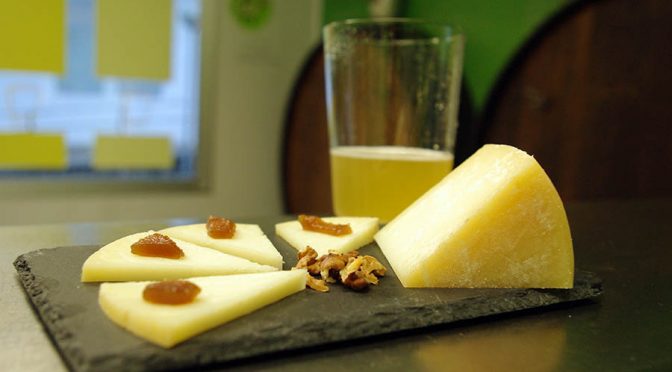 There is a story that, millennia ago, a Basque shepherd was working under the hot southerly wind. The night before, he had finished a lamb for his dinner and, today, he used the lamb’s hide to hold milk. He then trekked home — this all took place near the modern town of Eibar — and upon reaching his house, he found that the liquid milk had solidified; he had accidentally discovered cheese. Whatever the true origin, today there are over 2000 varieties of cheeses made around the globe.

One thought on “Basque Fact of the Week: Gazta! Cheese!”