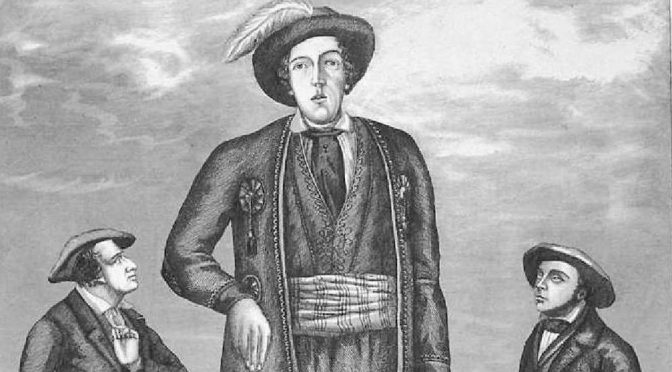 Men and women who are exceptionally tall, who stand out in a crowd, who literally tower over the rest of us, certainly draw our attention. They fascinate us. Often, they become entertainers — André the Giant parlayed his size first in professional wrestling and then acting. Today, people of unusual height, particularly in basketball, use it to achieve success — think Manute Bol, Shawn Bradley, and Yao Ming, who all measured 7 feet 6 inches or greater. But, back in the 1800s, such opportunities were lacking. People who stood out, literally, became curiosities, touring as part of so-called “freak” shows. Such was the fate of Mikel Jokin Eleizegi Arteaga, the Basque Giant.