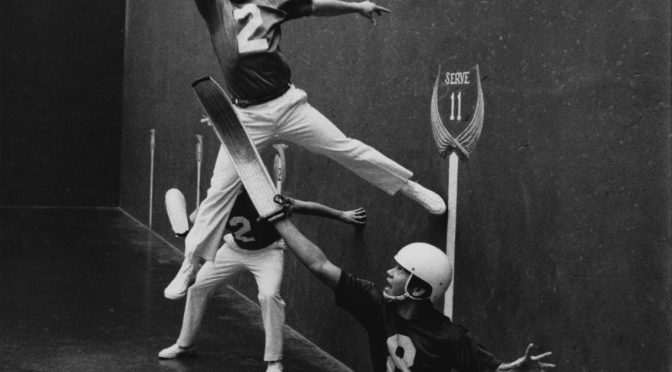 Jai alai has been called the world’s fastest sports game and, indeed, the fastest clocked ball, at 188 miles per hour, is from a jai alai player (though golf balls have been clocked at over 217 miles per hour). Since 1920, at least four players have died from being hit by the ball, or pelota. The strange visuals of the sport, involving a long wicker basket that players use to throw the ball against the front wall, has captured the imagination of many. The game’s popularity soared in the United States in the 1970s, along with its association with gambling.