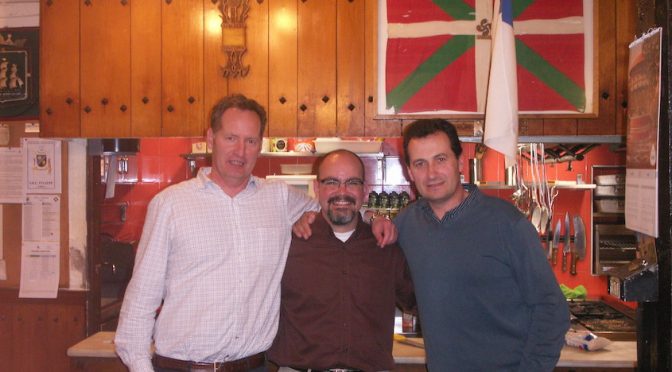 Perhaps the best steak I have ever had was at one of the Txokos – the gastronomic clubs – in Donostia. A few friends of mine were members and took me for dinner one evening. In the heart of the old town – the Parte Vieja – of the city, it was an almost nondescript building from the outside, but inside was filled with tables for dining and a large kitchen. Txokos are so important in Basque society, at least for men, that my uncle built a small one in the back of his garage, a place he could escape and have dinners with friends.