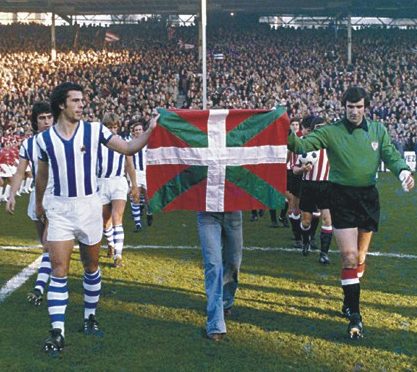 Rivalries in sports transcend the games themselves. The Yankees and Red Socks. Real Madrid and Barcelona. The Celtics and Lakers. The Huskies and Cougars. They become part of the local identity, and beating your rival is almost more important than winning the championship. In the Basque Country, one of the biggest rivalries is between Athletic Bilbao and Real Sociedad, a rivalry called the Basque Derby, or Euskal Derbia. They met again yesterday, January 14. Real won the match 3-1.