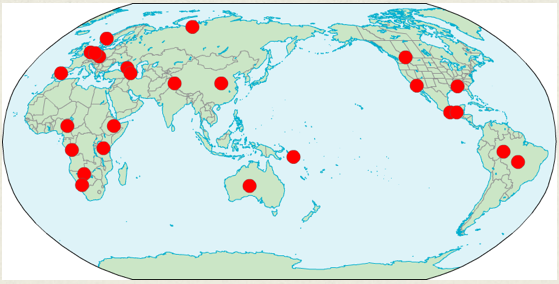 One of the people who follow Buber’s Basque Page on Facebook (thanks Rachel!) sent me this link to a blog post that evaluates the weirdness of languages. I’m not a linguist, so I can’t really comment on their methodology, but it seems that what they’ve done is compared all of the languages that are assessed in the World Atlas of Language Structures (WALS). What WALS does is classify languages based on a number of criteria, including the types of sounds (consonants vs vowels, types of consonants, etc), the number of genders, the types of articles, and how tenses are created (for a full list of the categories and how Basque fits, see this page). What Idibon did was compare all of the categorized languages in 21 of these categories and determine which ones deviated the most from the average and which ones did not.

What is very surprising is that, in this measure, Basque is not at all that odd. It has properties that are very common across languages. It ranks in the top 10 of least weird languages. In contrast, languages like Spanish, Dutch, German, and English rank high in the weirdness index. It seems that some of the most spoken languages in the world are also some of the weirdest, in terms of their structural properties.

This is pretty surprising, to me at least. However, it does conform to the idea that Basque isn’t necessarily hard, it is just hard for an English speaker, because it is so different.

2 thoughts on “Maybe Euskara isn’t so weird, maybe English is the weird one?”