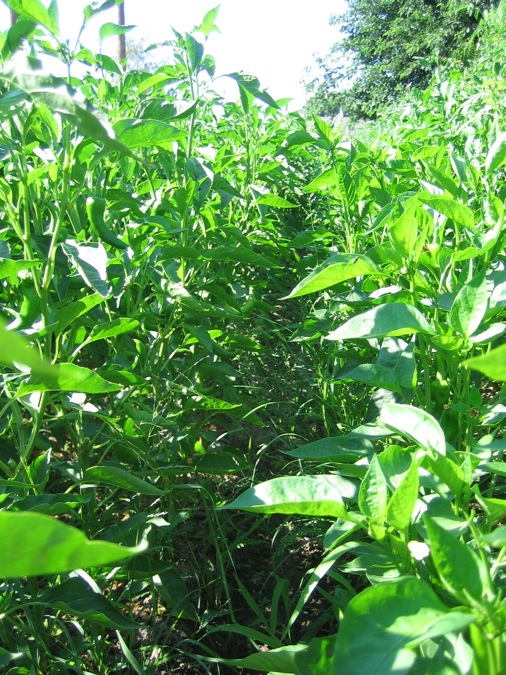 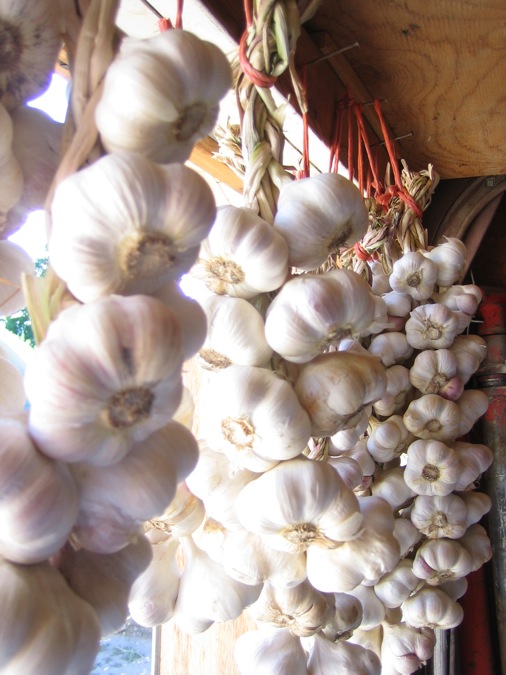 A few weeks back, I flew up to Idaho to visit my parents. As I’ve written about before, my dad, once I left home for school (coincidence, or something more…?) started to make chorizo and jamon. He’d never done that before. Sure, he had his massive garden full of txurizeros (txuritxeros? That’s the way he says it…) He’d fry those suckers up whenever he got the chance. I’ll be honest, I hate those damn things. They taste nasty and they smell nasty. But, they are good for flavoring chorizo. And jamon. After the txorizeros, the most abundant crops are tomatoes and garlic. Mom and dad braid the garlic for friends, keeping some for flavoring the meat that will later become the chorizos. 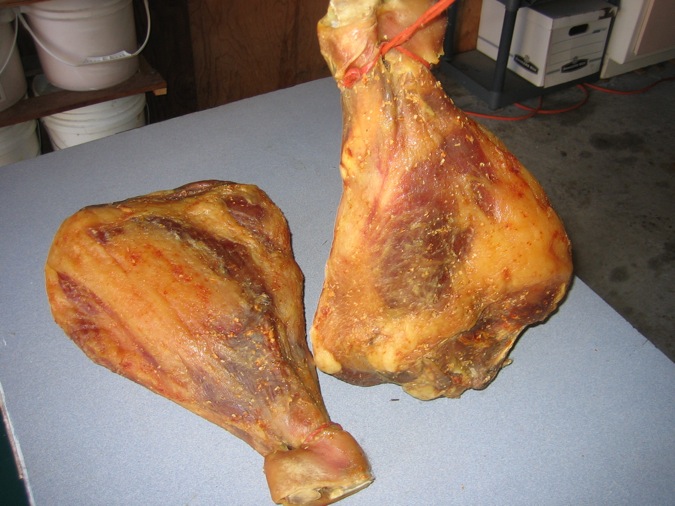 Whenever I return home, dad breaks out the jamon and the chorizo. I make up in a few days the lack of Basque meat I’ve suffered over the previous six months. This trip was no exception. Dad had something like 20 jamones hanging from the rafters of his garage. While I was there, a buddy of his came by to pick up a couple so we spent the morning cutting and slicing (and eating more than a few of those slices) two 18 pound hams. Dad’s jamon has gained a reputation in the greater Treasure Valley. I’ve heard stories of Basque chefs claiming that dad’s ham is as good as anything in Spain (well, ok, minus those acorn-fed ones, but those are too damn expensive…)

I think every morning I had chorizo with fried eggs cooked in chorizo grease. That might sound a bit nasty, but I swear it is one of the best ways to eat eggs.

(Yeah, I know that is red txorizero juice my eggs are swimming in. But, dammit, you just can’t taste the txorizeros in the chorizo!)

I probably had chorizo 2-3 meals a day. It’s almost like visiting the Basque Country — I must have gained 5 pounds in 3 days. Mind you, I’m not complaining — the food was excellent and I certainly didn’t stop at just one (or two) chorizo. But, it is maybe a good thing that dad lives 1000 miles away, otherwise I think I’d be in the hospital having a stent put in to open my arteries enough to let the little bits of chorizo course through my body. Though, on second thought, maybe it would be worth it.

3 thoughts on “Binging on a Basque Bounty”