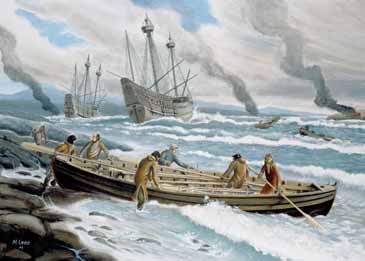 Interesting facts about Basque Whalers/Sailors that I learned from Christine Echeverria Bender during a presentation she gave at Jaialdi:

Images were found in this issue of Euskal Etxeak.