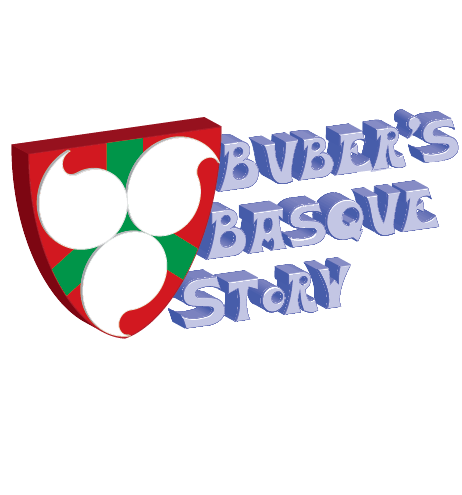 It was late when Maite finally boarded the train from Bilbao to Gernika. Her research project was starting to take more and more time, time that she couldn’t then spend with her ailing parents. Every extra hour she spent in the lab led to a ton of extra guilt she carried on her shoulders. During moments like these, she was almost certain that she would turn down the offer to go to the United States.

At the same time, her project was actually getting exciting. It had taken her a long time to master the basics, particularly since she couldn’t stay as long as some of the other students who lived closer. And there was the constant frustration of trying something that didn’t work or making seemingly stupid mistakes that caused her to have to start some task over. Her advisor was patient with her, and had never berated her for her slow progress (unlike some of the other professors she had heard about) but she couldn’t help feeling that she was constantly letting her advisor down. She sighed. She felt like she was letting pretty much everyone in her life down.

Her thoughts drifted to Kepa and she let a small smile cross her lips. She had known Kepa for so long and, ever since they were teenagers, there had been some amount of mutual attraction, but the poor boy had never acted on it, had never even expressed any interest in her beyond a platonic friendship. She wondered if he even admitted to himself that he was interested in her. “At least,” she thought to herself, “I made my feelings clear.”

The train rumbled down the ancient track, taking so much longer than it had any reason to. She often thought about driving to school, but then parking was always such a pain in Bilbao. Anyways, there was always more work to do, and she pulled a couple of papers out of her backpack to read for the duration.

She shoved the papers back in her backpack as the train ambled up to the train station. She departed and started walking home. Her path took her down by the market and the bars were still open. Crowds of people were sitting in the open-air patios, cañas and glasses of kalimotxo in hand. She saw a group she remembered from her one year in high school in Gernika, but they didn’t seem to see her so she kept walking. While some part of her yearned to bump into a friend and have a drink, she also knew she needed to get to bed as she had an early start in the morning. Her advisor had asked for a report on her progress that she hadn’t even started yet.

She got to the apartment building that housed the apartment she shared with her parents. Letting herself in, she climbed the dark stairs and quietly opened the door to apartment 3D. As she expected, her parents were already in bed. She tiptoed to the kitchen to make herself a snack before bed. On the table, she found a freshly made tortilla — with chorizo, her favorite! — a bottle of wine, and a small glass. She smiled as she sat down to eat.