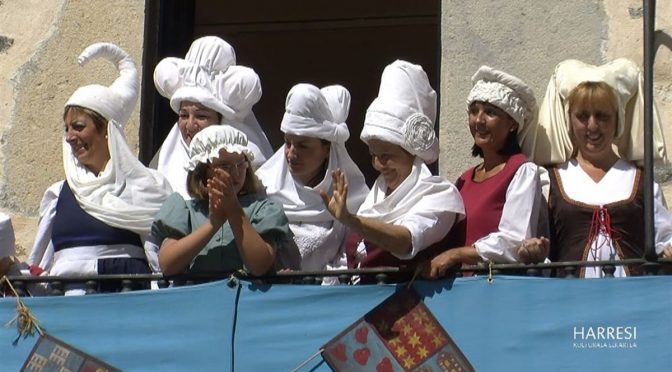 One of the very distinctive elements of any Basque festival is the dancing and, in particular, the costumes the dancers wear — the white shirt and pants, adorned with a bright sash and txapela for the men and the white blouse and black vest atop a bright red skirt and black apron with leather shoes and strapping weaving up the calf topped with a white scarf for the women. These costumes are so very Basque that they are instantly recognizable. They come from a long line of clothing elements and accessories that are uniquely Basque.