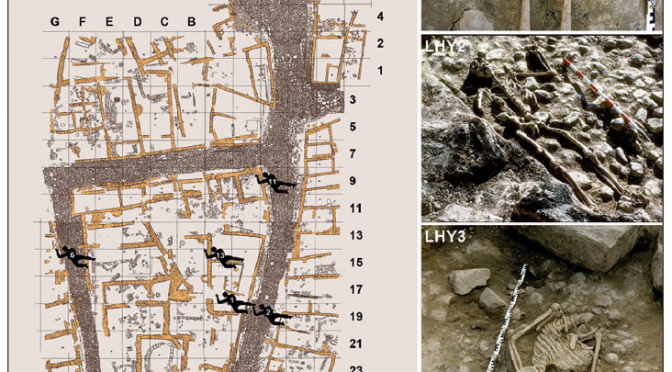 For over 1000 years, the village of La Hoya grew and evolved, becoming a flourishing trade center. Then, suddenly, about 2200 years ago, it ceased to exist, completely obliterated. Thanks to the efforts of scientists from the University of Oxford, the National Center for Scientific Research in France, Arkikus, and the Alava Institute of Archeology in Vitoria-Gasteiz, in work published in the journal Antiquity, we now have a better understanding of what happened to the people of La Hoya, if not why.

One thought on “Basque Fact of the Week: The Massacre of La Hoya”