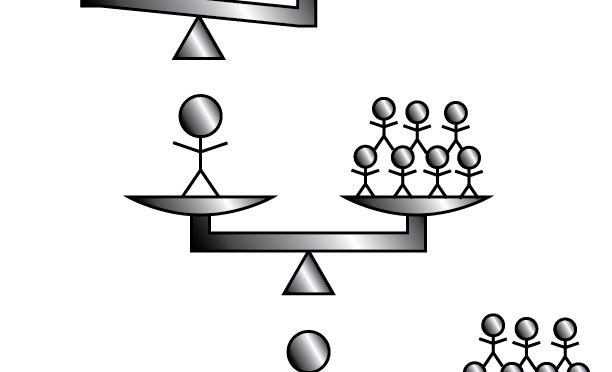 The desire to understand what is real and what is not has been central to human thought for millennia and has driven some of our greatest philosophers to tackle the question: “I think, therefore I am.” There are two Basque phrases that epitomize the dueling views of being. On one hand, ‘izena duen guztiak izatea ere badauke — everything with a name exists.’ But, at the same time, ‘izenak ez du egiten izana — a name does not make something true.’ While today, we take it as a given that we are all individuals with certain unalienable rights, that hasn’t always been the way people, including Basques, viewed things. What is more “real,” the individual or the group? These questions are at the heart of our concepts of rights and of government.