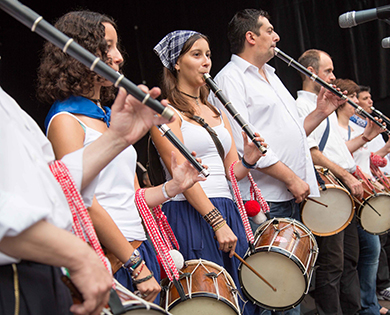 Song and dance are an integral part of Basque culture. It seems that, whenever you get more than a few Basques together, they spontaneously break out in song and dance. At large dinners, whole rooms can bust out into song. At fiestas, small groups dance in the street. And where there is song and dance, you need music. The one-man or one-woman band – the txuntxunero or txistulari – comprised of the flute and drum fits the bill nicely.

One thought on “Basque Fact of the Week: The Flute and Drum, the Basque One-Person Band”