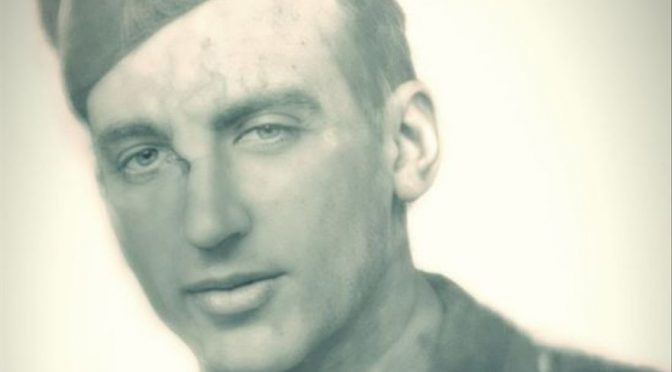 This native of Busturia was NASA’s chief engineer and participated in the mission that took Armstrong and Aldrin to the moon.

This article originally appeared in its Spanish form in El Diario.

How is it possible that a boy from a small town in Bizkaia, with just a few hundred inhabitants, managed to become one of NASA’s chief engineers, helping to put the first man on the surface of the moon? This is the story of Antonio Guezuraga Besanguiz.

Antonio was born on June 10, 1919 in Busturia, on the shores of the Cantabrian Sea. His parents were Lucio Guezuraga Ateca, born on December 13, 1893, in Axpe, a barrio of Busturia, and Estefana Besanguiz Echevarria, born on December 26, 1892, also in Busturia. According to Antonio’s son, Robert Guezuraga Uriarte, “Antonio’s mother took him to Bilbao, put him on a boat whose final destination would be New York and told him that when he arrived he would look for Basques in the city, and they would help him. That’s where he met my mother, María Uriarte.”

After traveling to the French port of Le Havre, he arrived in New York on June 29, 1936, on the ship SS Normandie. He was 17 years old. His father had lived in the city of skyscrapers since 1924. More than two weeks later, on July 18, 1936, the military coup against the elected government unleashed a war in Spain that lasted three long years. Antonio’s older brother would die during the war.

His studies as a marine engineer and his incipient career in the Merchant Marine were interrupted by the Second World War (WWII). Although not a US citizen, he was enlisted in the US Army on January 9, 1941, in Jamaica, New York. A few months later, in September, Antonio obtained American citizenship, serving during the war in two infantry regiments corresponding to as many divisions: the 39th (of the 9th Infantry Division “Old Reliables”) and 411th (of the 103rd Infantry Division “Cactus Division”) regiments. His experience during the war was vast and included the North African and European theaters of operations.

After arriving in Algeria on November 8, 1942, he began a journey that led him to participate in the campaigns of Algeria (being one of the first American fighters to fight on foreign soil) and Tunisia, where his unit acquired a more active role by leading the combat operations covering the advance of the 1st Armored Division, helping to subdue the Germans in North Africa in the aftermath of the war in May 1943. Later he would land in Sicily, where they fiercely fought for eight days for Troina. Transferred to the United Kingdom to prepare for the invasion of France, they arrived in Normandy on D + 4 Day, taking part in the fight for the Contentin Peninsula and fighting fierce battles that would take them to the south of Paris and later to Belgium. From September 19, 1944, his unit was involved in the terrible fighting in the Hurtgen Forest and later in the Battle of the Bulge. They were then sent to the Rhineland, from where they progressed into the interior of Germany. On an undetermined date, at the end of the war in Europe or just afterwards, he joined the 411th Infantry Regiment, which had the great honor of linking up with the North American troops fighting in Italy by crossing the Alps through the passage of the Brennero, linking the two fronts and reaching Vipiteno on May 4, 1945.

Antonio was discharged with honors on August 14, 1945, with the rank of fourth grade technician. His specialty was auto mechanics, for which he received the driver badge, to which he added a mechanic badge, but he would also see action with the infantry, obtaining the prestigious badge that accredited his entry into combat. His decorations included the Good Conduct Medal, the United States Defense Service Medal, the Europe, Africa and the Middle East Service Medal, and the Bronze Star, which was awarded to him in February, 1945. In the words of his son Robert, “Antonio loved America and he served it for more than 50 years.”

After the end of the war, Antonio married María Uriarte Ateca, born in 1920 in Brooklyn, New York, to Basque immigrant parents, Pedro Uriarte, born in Abadiño, Bizkaia, in 1891, and Eulalia Ateca Yspizua, born in Busturia in 1890. They had two children during a brief marriage that ended when Maria passed away after Robert’s birth. The children were sent to Busturia where they grew up in the home of Antonio’s mother, returning to New York in 1957, the year in which Antonio married Eleonora Gregoratti, born in Louisiana to an Austrian father and an Italian mother. Eleonora had served as a nurse for the US Navy in the Pacific during WWII. “She was a great role model for me,” Robert told us.

Antonio returned to maritime life, working, initially, for civil shipping companies. In March, 1947, he joined the US Army Transport System (ATS) based in the Port of New York, moving soldiers and goods to Germany and Italy, progressing rapidly in his engineering career. When the ship the Golden Eagle, on which he worked as a second assistant engineer since 1949, was transferred to the Atlantic area command of the Military Sea Transportation Service (MSTSLANT; later known as the Military Sealift Command) in 1950, Antonio decided to continue being part of the crew, starting a new adventure in his life. He served aboard several US Naval Ships (USNS) between New York and Europe, primarily. On board the USNS Buckner, he received a special mention for his great gifts as chief engineer, a position he had held since 1952.

He also served on the USNS Vanguard (T-AGM-194; formerly known as USNS Muscle Shoals, T-AGM-19), a missile range instrumentation ship converted in 1965, and transferred to the Military Sealift Service in 1966. Designed to be an offshore missile tracking station, she participated in the Project Apollo test series and in 1969 she continued in these roles. She subsequently participated in the Skylab program and in the US-Soviet Apollo-Soyuz test project.

But undoubtedly the most notable experience was Antonio’s participation in the Apollo space program, with which the National Aeronautics and Space Administration (NASA) intended to put a man on the moon. Antonio worked as a NASA chief engineer until 1984.

He was selected as the Marine Employee of the Year by MSTSLANT in 1969. In turn, he was also publicly praised by Michael Collins, Apollo 11 command module pilot, one of three men who went to the moon (July 16-20, 1969), along with Commander Neil Armstrong and lunar module pilot Edwin “Buzz” Aldrin. Collins recognized Antonio’s individual contribution, through his work on the USNS Vanguard, in making that mission a success.

Collins wrote of Antonio, “His contribution was an essential factor in the success of Apollo 11.” Consequently, NASA awarded him the “Silver Snoopy” award for his professional excellence in February, 1970. (Antonio was then a member of the Office of Instrumentation Ships at the Goddard Space Flight Center in Greenbelt, Maryland). He also participated in the Apollo-Soyuz Test Project, the first international manned space mission that took place from July 15 to 24, 1975. For his work on this first joint mission in outer space, he also received a special mention from the crews of both the United States and the Soviet Union.

The exceptional accomplishments of the young emigrant who arrived in the country with only 17 years of age is measured by the achievements that Antonio reaped throughout his life. His mother Estefana not only sent him to the New World, but also enabled him to explore the endless opportunities that life offered him, helping to make the dream of walking on the surface of the moon come true. Along with his engineering skills, his social and linguistic skills accompanied him throughout his life, since he not only spoke Basque, but he also knew how to read and write it. According to his son Robert, “he was very proud of that, especially during the time of Franco’s dictatorship in Spain.” Additionally, he was fluent in English, Spanish, Italian, and German. Antonio passed away at the age of 72 on April 10, 1992 in Brevard, Florida. Little did Armstrong imagine (or did he?), when he said that of “one small step for man, one giant leap for mankind” that in reality he was describing the thousands of steps that in turn took so many other men and women who helped him reach the moon. Among them, a boy from Busturia. One of ours.