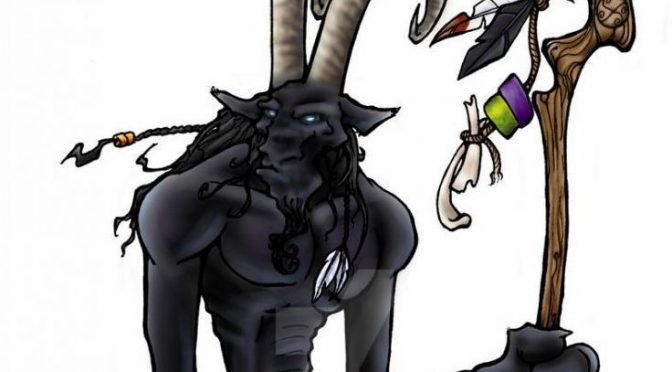 Many of the figures in Basque mythology are shrouded in mystery, their true natures lost to the mists of time. Whatever role they played in the original Basque religion, their character became confused and contorted with the advent of Christianity. The black he-goat – the Akerbeltz – is a prime example. While he was originally viewed as good, a sign of fertility and health, he later became associated with Satan himself and became an iconic part of the Black Sabbaths celebrated by witches.

2 thoughts on “Basque Fact of the Week: Akerbeltz”