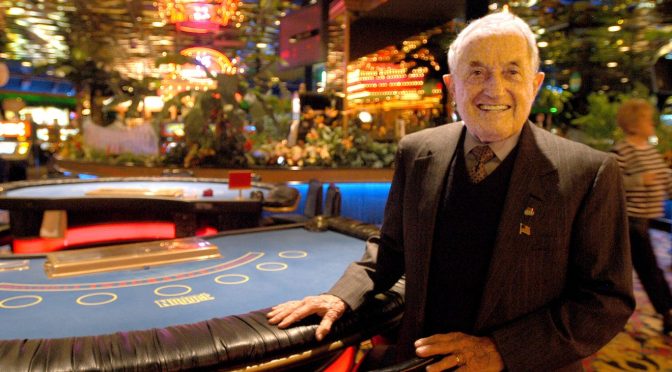 John Acuaga was an icon of the gambling industry in Northern Nevada. Even in high school, which he attended in Notus, Idaho, he had big dreams. His yearbook claimed “He would own the biggest gambling den in Reno.” John was known for his gregarious personality and his constant floor presence, where he would meet guests and make them feel welcome. As a local business leader, he valued education and reinvested in the community, providing scholarships to some 700 students. John died on June 28, 2021. He was 96 years old.

One thought on “Basque Fact of the Week: John Ascuaga”