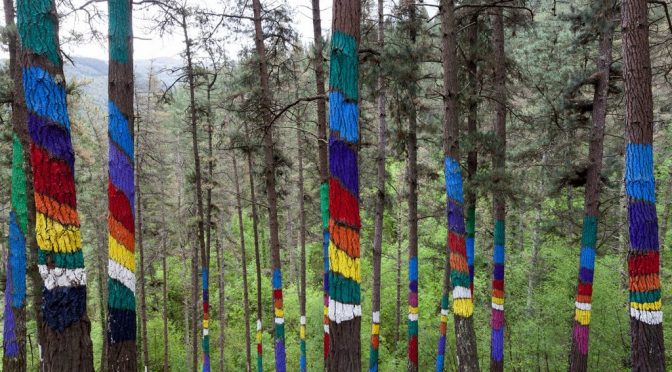 Not far from Gernika, in the forests of the small village of Kortezubi, resides one of the most unusual art displays one can imagine. The trees are painted with splashes of color and geometrical forms that, individually, have no rhyme or reason, but together, when viewed from the right spot, form figures and shapes that come to life. The creation of Agustín Ibarrola, the Forest of Oma is but one of his many works that combine nature with human intervention, or take materials of our modern age – things like concrete and railroad ties – to create something new that forces us to look at the world around us in new ways.