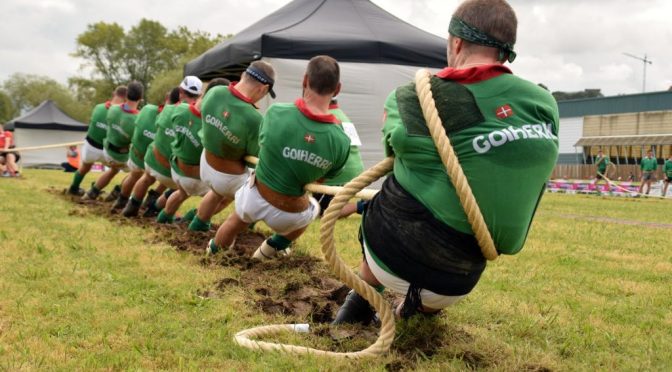 Get some kids together and throw in a rope and it won’t be long before they are trying to pull each other from one side to another. Tug of war is one of the most basic and raw competitions you can imagine and is a fixture at Basque festivals across the western United States. But, did you know that there are international competitions, pitting teams from across the globe in a quest to show they are the best at tug of war? And that the Basque Country just hosted the world championships in tug of war?