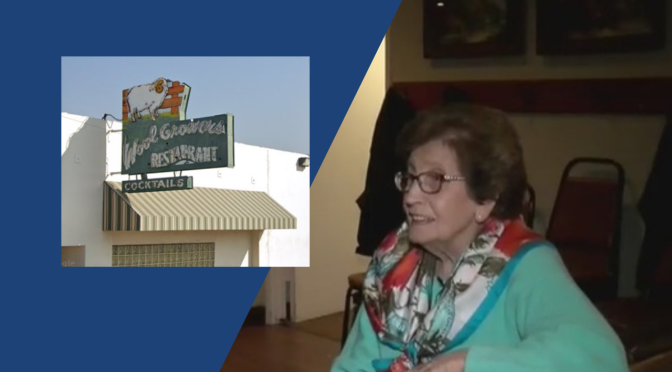 One of the distinguishing features of Basque culture in the US West are the Basque restaurants. Often serving family-style meals, with long tables and large plates and bowls of food, they are the cornerstone of Basque-American identity. The Wool Growers, in Bakersfield, California, is one of these wonderful dining spots, a place for Basques and non-Basques to gather and share in Basque food and culture. Its founder, Mayie Maitia, died on December 15, 2021 at the age of 92. Goian bego.

One thought on “Basque Fact of the Week: Mayie Maitia and the Wool Growers Restaurant”