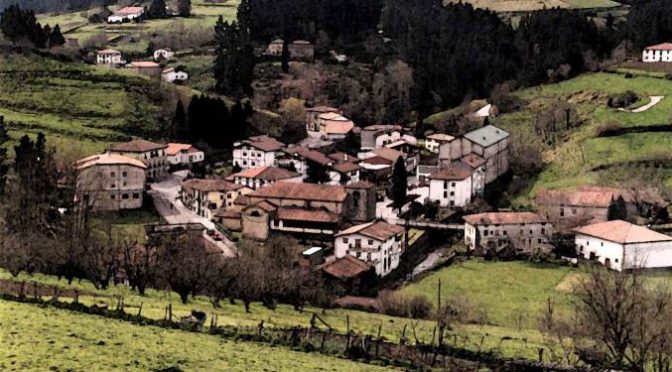 My dad, Pedro Uberuaga Zabala, was from Munitibar, Bizkaia. Or better said, Gerrikaitz. At least, he always referred to his home as Gerrikaitz, not Munitibar. This confused me when I went to visit for the first time because the signs for the town say Munitibar. It turns out that this little town, home to less than 400 people but outsized as a source of Basque emigration to the United States, has a complicated history with two different villages that often fought and competed until they decided to merge into one. On a different note, I was also always amazed how this small town could host, at the time, three different bars. How different the Basque Country was from my own hometown…

2 thoughts on “Basque Fact of the Week: Munitibar-Arbatzegi-Gerrikaitz”