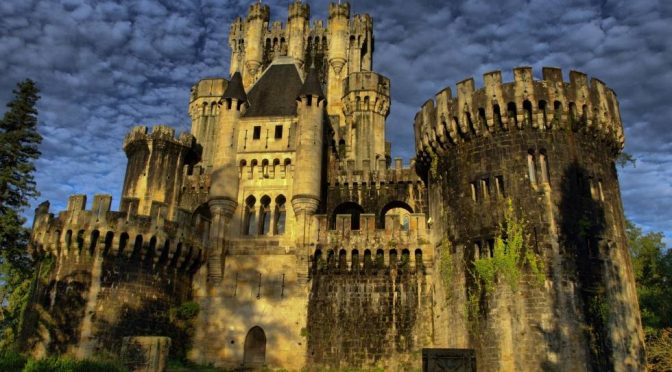 In probably 1996, after I had started this page and met Xabier Ormaetxea online, I visited the Basque Country and Xabier took me to see Butrón Castle. At the time, it was open for visitors, with people in period costume welcoming us and showing us the castle. For me, it was pretty impressive – you don’t get buildings like that in the United States, particularly the west. Since then, the interior has been closed to visitors, though the grounds are still open. I’ve gone back a few times to show my family as we peek inside the little windows wherever we could.