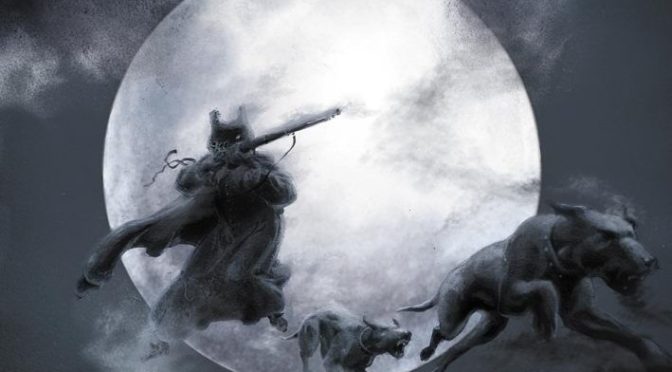 “[We] never heard from him again; he never came back. However, ever since, many have heard his dogs whistling, while others have heard their sad barking. Occasionally, on clear nights with a full moon, the silhouettes of the priest, the dogs, and the hare can be clearly seen in their eternal wandering” (from Wiki Mitología Ibérica). Thus is the fate of the Black Hunter, forever condemned to his futile chase of a hare because he forsook his sacred duties.