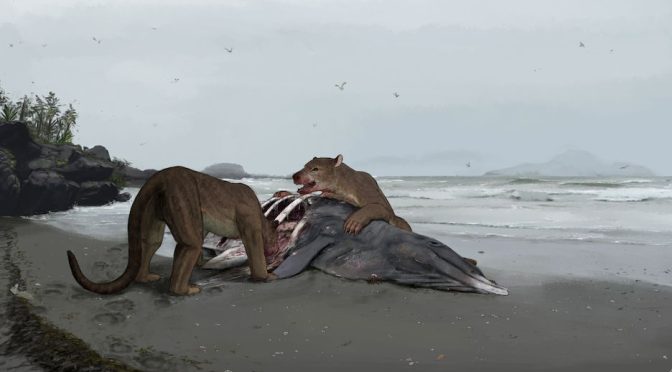 Gerard Ezcurra sent me this cool article about the discovery of extinct carnivore predators that inhabited the Pyrenees (as well as other parts of the world) some 7-8 million years ago. These bear-dogs are not related to neither bears nor dogs, but have characteristics of both. Fossils discovered in the Pyrenees point to maybe a new genus of the species, which the researchers named Tartarocyon, after the Tartalo, a monstrous cyclops-like being from Basque folklore. Pretty cool!