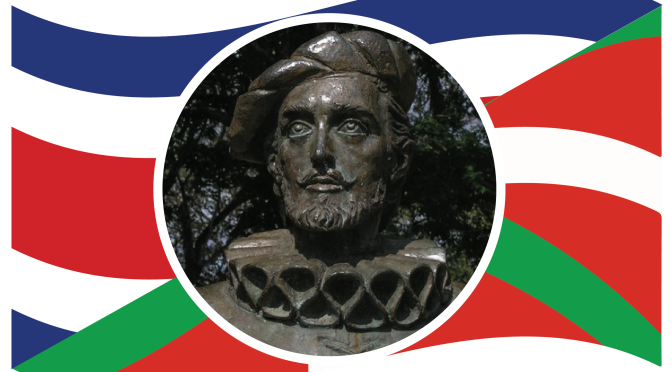 At the end of June, my wife, my daughter, and I did an ecotour of Costa Rica. We did and saw lots of awesome things, from wildlife (the goal was to find frogs and we saw a lot of them, as well as bats, tapir, monkeys, and crocodiles), whitewater rafting, ziplining, waterfalls, cocoa and coffee tours… it was jam packed. But one thing we didn’t see a lot of was Basque names. We see them everywhere in New Mexico, but not so much in Costa Rica. It made me curious about the Basque history of this beautiful country…