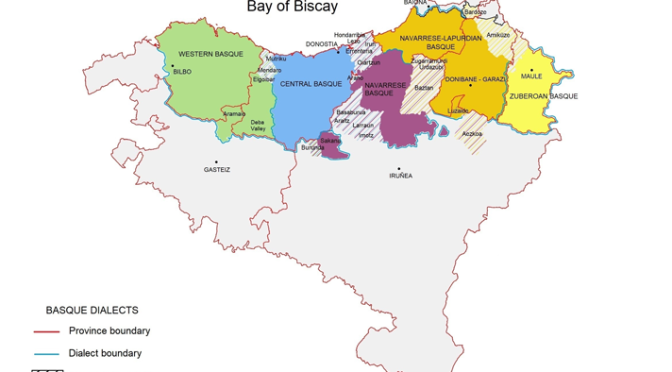 One of the challenges I had when I tried to learn Euskara in Donostia was that I was learning Batua but when I went to visit my dad’s family, they spoken the Bizkaian dialect and I had a hard time understanding them. When I told my dad about it, he nodded, saying he couldn’t understand the Basque from Iparralde. Indeed, it almost seems that every valley, every baserri, has its own dialect of Euskara. One of the goals of standardizing Basque is to make communication in the language easier, but of course that comes with loss of richness of the language.

2 thoughts on “Basque Fact of the Week: Euskalkiak, the Dialects of Basque”