In 1991, I traveled, for the first time, to the Basque Country. Though my dad was born there, and my mom’s grandparents as well, we’d never made a family trek as it simply was beyond our resources. My dad himself only went back a handful of times during the first 30 years he was in the United States. However, I was determined to learn Euskara, the language of my ancestors, the language of my dad. Because my mom doesn’t speak Euskara, and the fact that my dad was on the road a lot, we didn’t learn any at home. My dad would speak it when he was with friends. He didn’t have to choose to be Basque, he simply was and that showed itself whenever he was with his friends, bullshitting in Basque with the very frequent Spanish tacos thrown in. For me, though, it was a conscious choice to try to learn a bit of this language, to make my own connection to my heritage.

I did this even though my mom’s dad, who, though born in the US, was fluent in Euskara, having been raised by two native Basques, and even my own dad suggested that concentrating on Spanish would be of greater value as more people in the world spoke Spanish. Basque was only useful in a very remote corner of the world and, even there, not always. For me, though, it wasn’t about practicality. It was about connection, about immersing myself into their world, into the way that they thought. Language shapes how we view the world, and I wanted at least a glimpse into theirs.

I went to Donostia as part of the University Studies Abroad Consortium, which had an intensive Basque language course for students with no knowledge of Basque. There were three of us — myself, a woman from Idaho who was trying to make the same connections to her heritage that I was, and a woman from England, who had no connection to anything Basque beyond an interest in the people and culture. Our teacher, Nekane, was an Euskaldun Berri, a new Basque speaker, who had learned Basque as an adult and decided to become part of the effort to ensure Euskara’s survival. She was an extremely pleasant and patient teacher, especially to a student of science like myself who questioned the why of everything, in particular the logic of the language (why this construct as opposed to this one). Little did I recognize, at the time, that my own language of English has so little logic behind it!

During the weekends, I would travel to visit my dad’s family in Bizkaia. This proved somewhat frustrating in that they all spoke a different dialect of Euskara. I was learning Batua in Donostia, but in Bizkaia they spoke the Bizkaian dialect, which was different enough that I struggled to communicate. Even my rudimentary Spanish, learned in high school, was a better communication tool. Compounded by the fact that I spent many evenings not with locals but with fellow Americans, playing foosball, drinking beer and cider, and, critically, speaking English, my Euskara never got very good.

I have some basic understanding of the grammar, but a relatively horrible vocabulary. I can’t carry on any real conversation and have a hard time even with pleasantries. That said, I certainly take some pride in understanding the opening of Negu Gorriak’s song Lehenbiziko Bala:

I do wish I had better command of the language. However, beyond that intensive year in Donostia, I have not really devoted significant time to learning Euskara any further. Other priorities have taken precedent. I still have dreams, but I’m not sure when or if I will make the time to realize them.

Of course, I’m not alone in this desire, this drive, to learn the language of my ancestors. Many people have done the same, and those in the diaspora have had a particularly important role in ensuring the health of the language. Especially during Franco’s time, when speaking the language was forbidden, efforts in places like Idaho helped in promoting the language. In particular, she describes a radio program in Idaho by Espy Alegria that was famous because she was speaking a language, Euskara, that was outlawed in Spain. Now, modern technology, which at the same time threatens to homogenize our world, plays its own part in keeping the language alive. In a very interesting article on the Blue Review, Kattalina Berriochoa describes the role that both the diaspora and technology have had in contributing to the survival of Euskara. 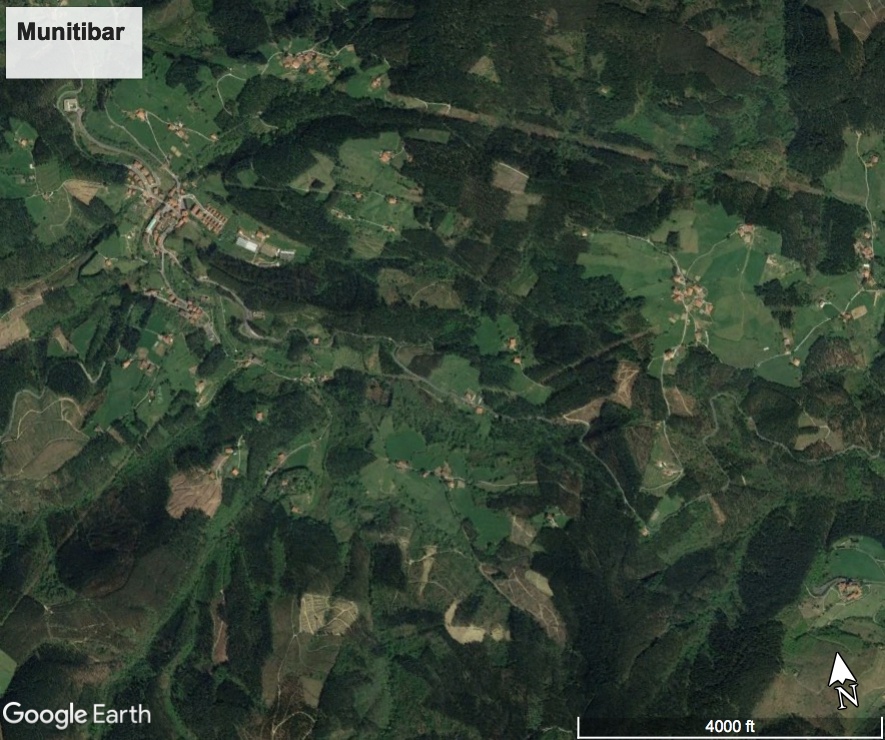