Unfortunately, I’ve been too swamped with work to keep up with the Today in Basque History articles.  I’ll do them as I get a chance, and hopefully fill in missing days in future years.  If anyone would like to assist me in this endeavor, please feel free to contact me. 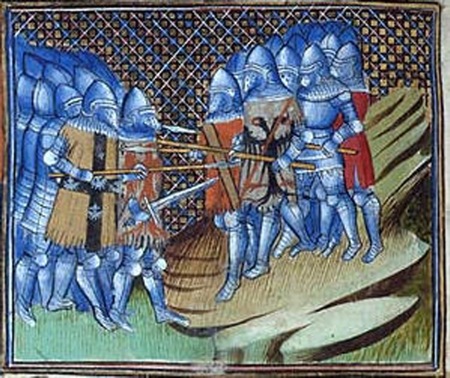 1364: The Battle of Cocherel takes place. Charles II of Nafarroa had designs on the Duchy of Burgundy, which the newly crowned Charles V of France wished to give to his brother, Philip II. In the Battle of Cocherel, Nafarroan forces under the command of Jean de Grailly, an English knight and Captal of Buch, meet French forces led by Bertrand du Guesclin, who soundly defeated the Nafarroans. The Navarran army took up a defensive position, as was standard English tactics, forcing du Guesclin to be the aggressor. Du Guesclin managed to break the defensive formation by attacking and then pretending to retreat, which tempted the enemy from their hill in pursuit. A flank attack by du Guesclin’s reserve then won the day. The victory forced Charles II into a new peace with the French king, and secured Burgundy for Philip. 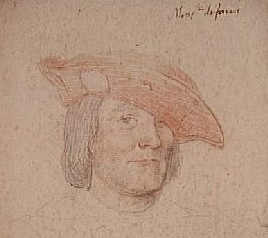 1521: A French-Nafarroan army, led by André de Foix, Lord of Asparros, invades High Nafarroa via Roncesvalles with the end of reconquering kingdom of Nafarroa for King Henry II of Albret. Two days later, the Lord of Asparros, leading his army, reaches Villava. On the following day, the 19th of May, he receives a delegation of distinguished men from Pamplona, who had risen against the Spanish. The Lord of Asparros hears and accepts their demands. That same day, according to tradition, he swears to keep and respect the Fueros of Nafarroa while the delegation swears allegiance to Henry II.

1800: Simon Gurtubay Zubero, Bizkaian businessman, is born in Igorre. An error, legendary in the history of the town, changed his fortune. During the second Carlist siege of Bilbao, he sent a telegram to his suppliers, asking to send him “100 o 120” pieces of bacalao of highest quality. A typographic error replaced the “o” with a “0”, and he received 1,000,120 pieces. This filled the food shortage of the besieged city, popularized the ues of cod, and made him one of the first fortunes of Bilbao.

One thought on “Today in Basque History: Battle of Cocherel, Invasion of Nafarroa, Bilbao Fortune”