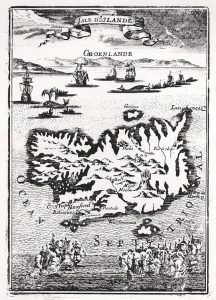 You may have already heard about this story, as it has been published in quite a few different places. You see, Iceland — or at least one district within Iceland, West Fjords — has had a law since the 1600s allowing for Basques to be killed on sight. It was only on April 22 of this year that the law was revoked, finally freeing Basques to visit without fear.

In the 1500 and 1600s, the Basques had a thriving whaling industry in Terra Nova, Labrador, and Iceland was a frequent stop on the way. In 1615, a group of Basques was stranded in Iceland after their ships were dashed against some rocks. Maybe because of some of these Basques taking some dried fish from a house, the Icelanders attacked them, first killing a group of 14 Basques and then later another group of 18. The local sheriff decreed that all Basques were criminals and that any Basques that stepped foot in the West Fjords should be killed on sight. What came to be called Spánverjavígin, or the “Spanish Killings”, was the last documented massacre on Iceland soil.

In April, there was a conference commemorating the event and, as part of that conference, the law was officially repealed. Finally.

Of course, many Basques have visited Iceland since then and not been in any harm what-so-ever. Repealing of the law is more a formality and a nice exchange between the Icelanders and Basques.

That said, my PhD advisor is an Icelander. I’m glad that, if I ever visit him in his home country, I won’t have to fear for my life.