There has been a lot of news about Basque books… 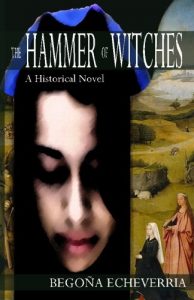 It’s Hammer Time! (am I dating myself?)

Begoña Echeverria’s book, The Hammer of Witches, was just chosen as Editor’s Choice for the month of May by the Historical Novel Society! If you haven’t heard about the novel, I mentioned it here. The story of a young girl in the grips of the witch hunts in a 1610 Basque town, The Hammer of Witches is “a gripping page-turner of horrific historical events” and is the first book [the editor] “ever read that made me feel what it must have been like to be a victim of unfounded suspicion, forced to rely on personal faith, or recant all one holds true.” High praise indeed! Zorionak Begoña! 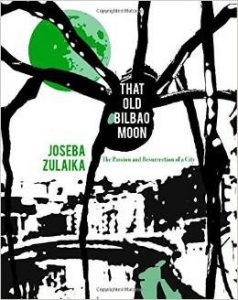 Revisiting the transformation of Bilbao

Joseba Zulaika, once the head of the Center for Basque Studies at UNR, has just released his most recent book, That Old Bilbao Moon, which is more about the Basque generation of the 60s and how the Guggenheim Museum has come to symbolize, in some sense, not only a rebirth of the city of Bilbao, but maybe also a touchstone for that generation that had been defined as much by ETA and socialist politics of the 60s as anything. A deep introspective, the book connects the lives of that generation with the city of Bilbao. As Paddy Woodworth says, “Part tormented hymn, part searing personal memoir, all ruthless interrogation and self-interrogation, it is also a tribute to the Basque city of iron and titanium, Bilbao, an unblinking if at times uneven gaze from its gutters to its skylines.“ 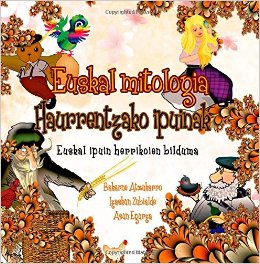 Basque mythology is full of great characters, from the basajaun, the giants of the forrest, to the bedeviling lamiak and Mari, the Lady of the mountains, and herensuge, a giant serpent that has between one and seven heads. Olentzero, the Basque Santa Claus, was originally a giant, the only one to survive the news that Jesus was born. These are great stories, and now there is an illustrated version of these stories for children. At this time, it is only in Basque, Spanish and French,  but maybe it will be translated to English too! I’d sure love to share these stories with my daughter!