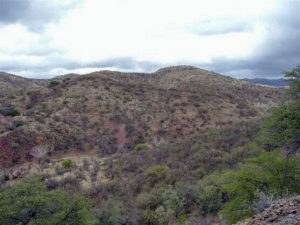 Arizona is a Basque word. It seems that it wasn’t that long ago that this seemed a fringe hypothesis, but now it appears on the National Park Service’s page. The state of Arizona gets its name from a ranch from the 1700s where silver was discovered. The name of that ranch, which still exists, is Arizona. It seems to have been named by Bernardo de Urrea and means “haritz ona” or “the good oak”.  The original theory that Arizona might be a Basque word was proposed by William A Douglass, of the University of Nevada, Reno’s Center for Basque Studies, in 1979. It now seems to be a well accepted idea. 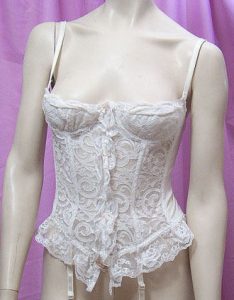 That piece of lingerie, the basque, is named after traditional Basque costume. You have to be careful what you search for. If you enter the word “basque” into Google, you might not quite get what you expected. Your browser window might be filled with pictures of lingerie. What is now known as a basque was inspired by the traditional costume of Basque women (at least according to Wikipedia). The French were early adopters/adapters of the piece of clothing, but it spread from there to the rest of Western world. 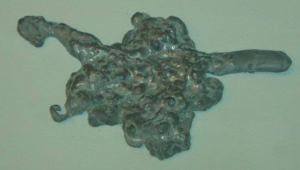 Molybdomancy is telling the future using molten lead. And it used to be practiced in the Basque Country. I stumbled on this curious word (and even more curious practice) on the Tumblr beautiful-basque-country. It seems that many cultures have the practice of dropping bits of molten lead into water and then divining the future from the shapes that are formed. In Bermeo, this was used to protect ships from bad luck (all I could find about this is this photo on a Facebook page…). Anyone know anything more about this?