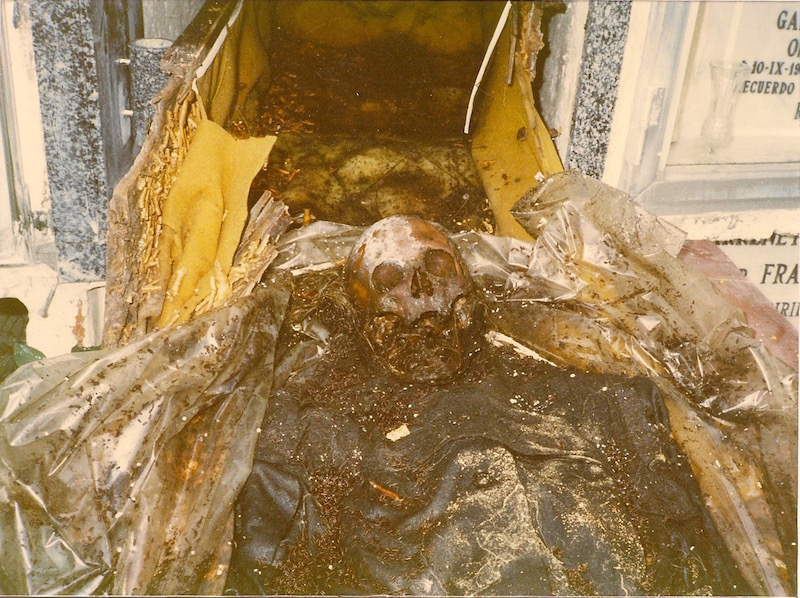 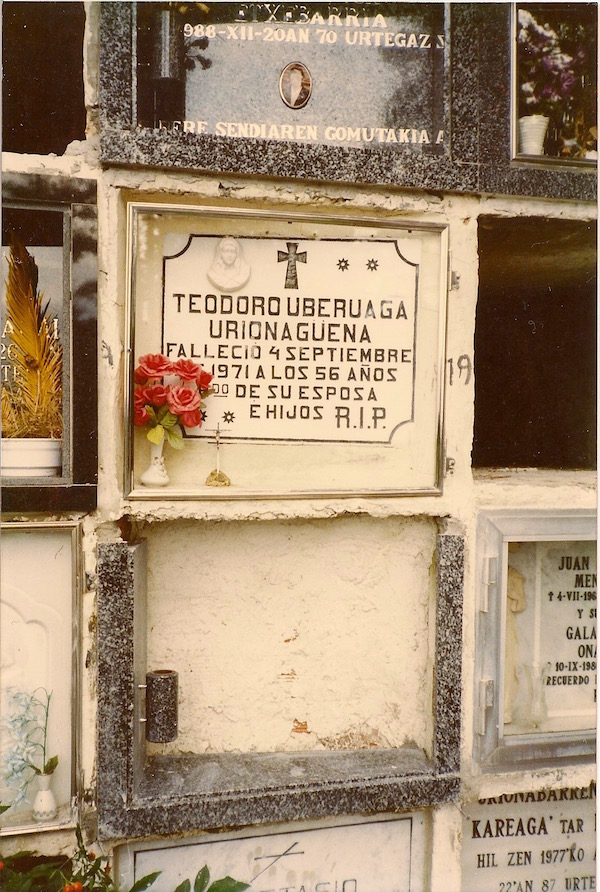 One of the most interesting and surreal experiences I had when I lived in the Basque Country during 1991-92 was when I went with my great uncle to the Gerrikaitz-Arbatzegi emetery. Cemeteries in the Basque Country are not as expansive as they are in the United States.
While there is a small tract of land set aside for burials, many of the deceased are placed in tombs within a mausoleum that faces the main cemetery grounds. 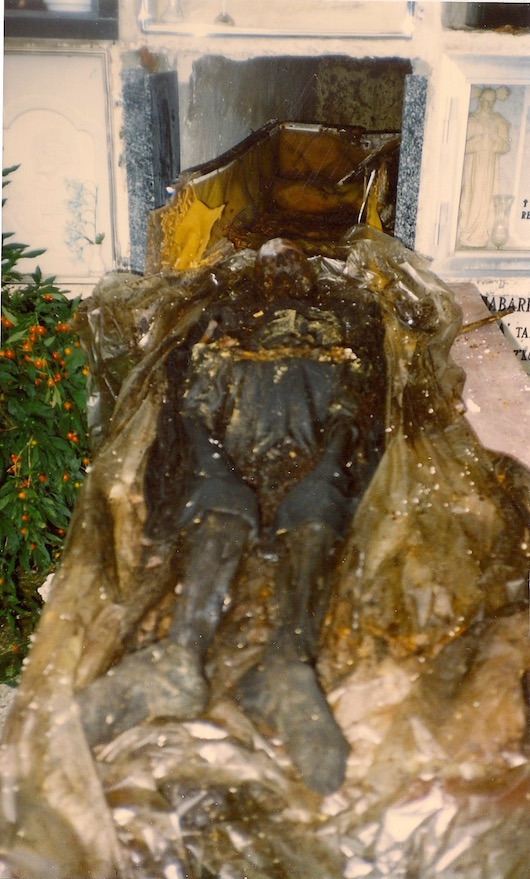 I went with my great uncle to the cemetery because it was time to consolidate a few family members. He had a brother that had died young and they were digging up his grave to collect his remains. I remember this part pretty vividly because they seemed to have lost the location of the grave, which caused a bit of anxiety on the part of my uncle. If I recall correctly, the grave had been marked but it seemed that the coffin was exactly where the marker was.
Ultimately, they found it, but the next step was to open the mausoleum of my great uncle’s mother, my great great grandmother. The point is that multiple family members would share the same mausoleum and they were going to put my great uncle’s brother’s remains in the same mausoleum as my great great grandmother. She had died maybe 17 years before. As they opened her tomb, my great uncle encouraged me to photograph her remains. There, staring back at me, were her empty eye sockets. Her body was dressed in her black burial clothes with her arms still crossed across her front. I’d never seen a real skeleton before, especially one that was effectively removed from her coffin. It was fascinating, but also very strange.

They collected her major bones — skull, pelvis, maybe a few others — to be kept in the mausoleum, while the rest were not. I’m not sure what they do with the others. To be honest, my memory is a bit vague on some of the details. But, I do remember that not everything was kept.

They placed the bones of her son into the same mausoleum and sealed it.

2 thoughts on “A Basque Day of the Dead Story”